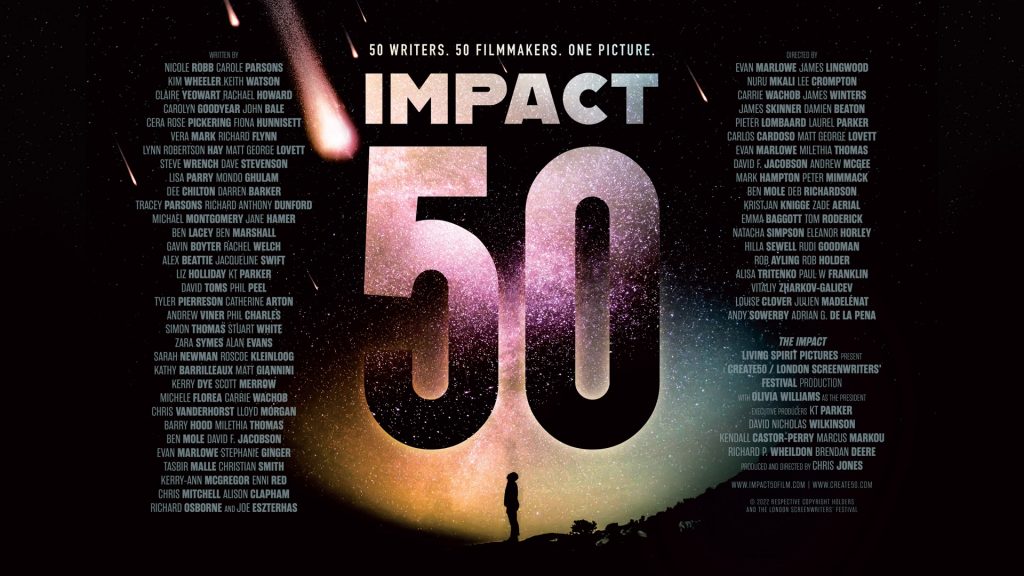 The Impact (Impact50) Synopsis The Impact is a crowd-created feature film with multiple stories connected by one thing – a meteor strike. The Impact opens with the President of America (Olivia Williams) giving a televised speech to the world (written by Joe Eszterhas (Basic Instinct) where she sets out the premise of the movie… Nothing […] 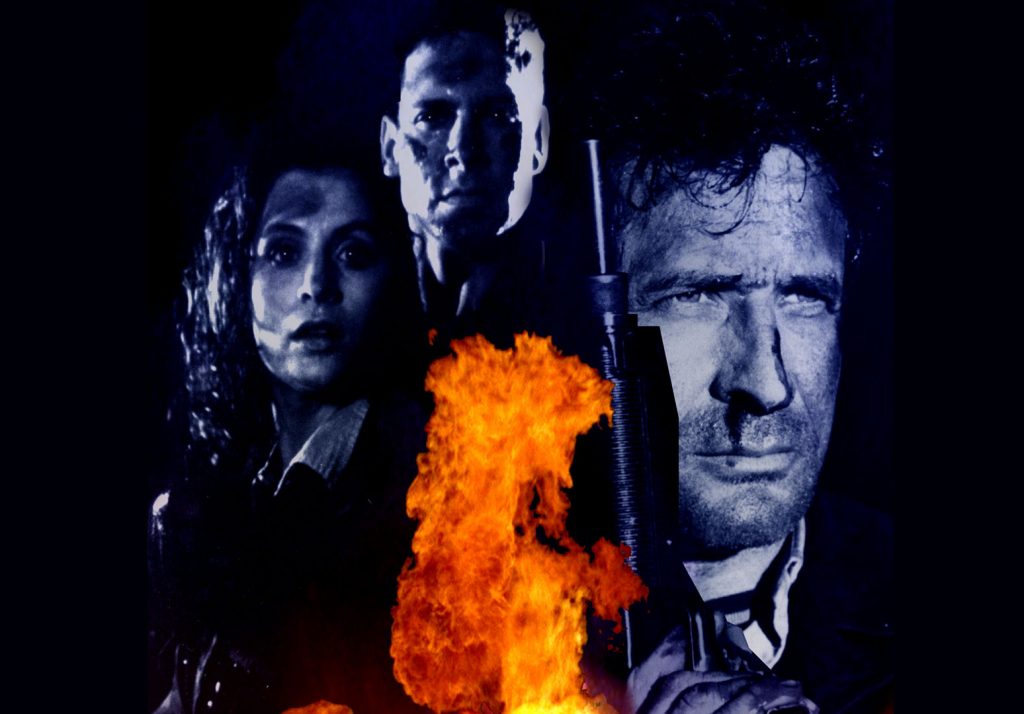 The Runner The Runner aka Survival Island, aka Escape From… Survival Zone, is an action thriller set on a remote Canadian Island, and was the first movie produced out of the Living Spirit Pictures camp. The story follows Jack Slater and his ace ENG news team when they decide to take a survival course after […] 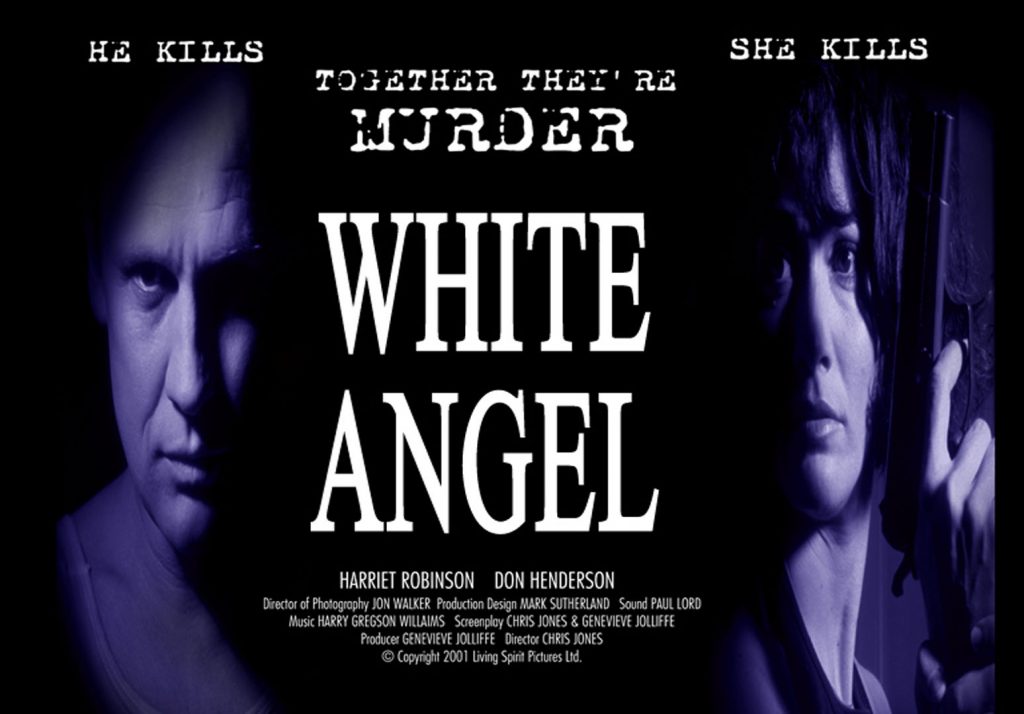 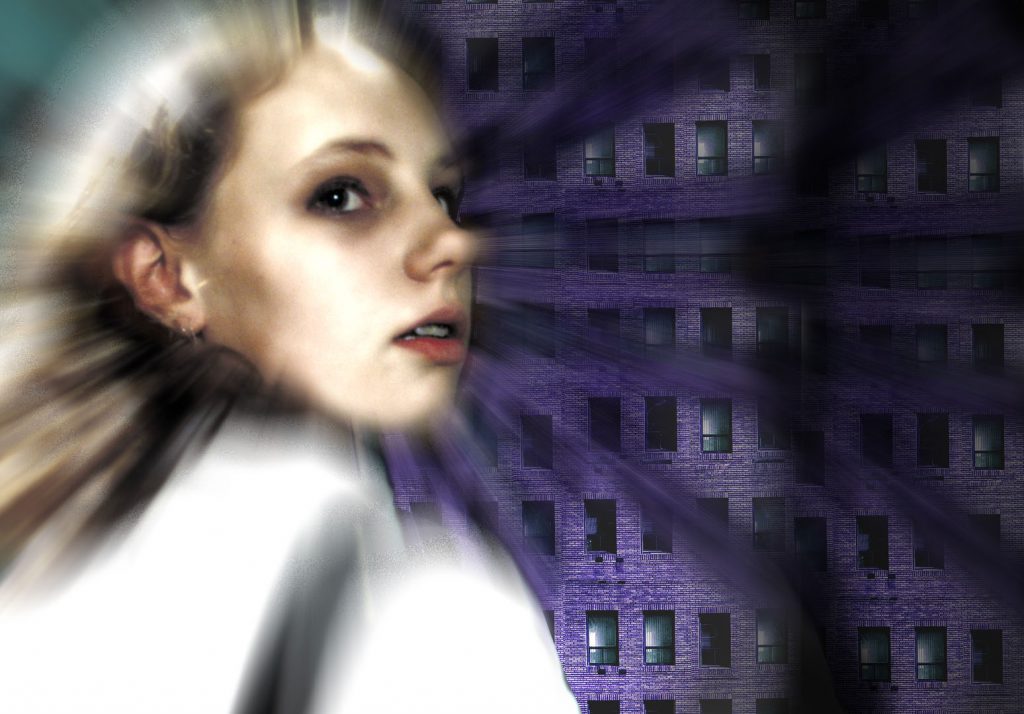 Urban Ghost Story is a multi award winning feature film, a supernatural drama set against a Glaswegian backdrop of urban decay. Based upon reported events, the story centres around a young girl who suffers a car accident and lies dead for 184 seconds before being revived by the emergency services – after strange things begin […] 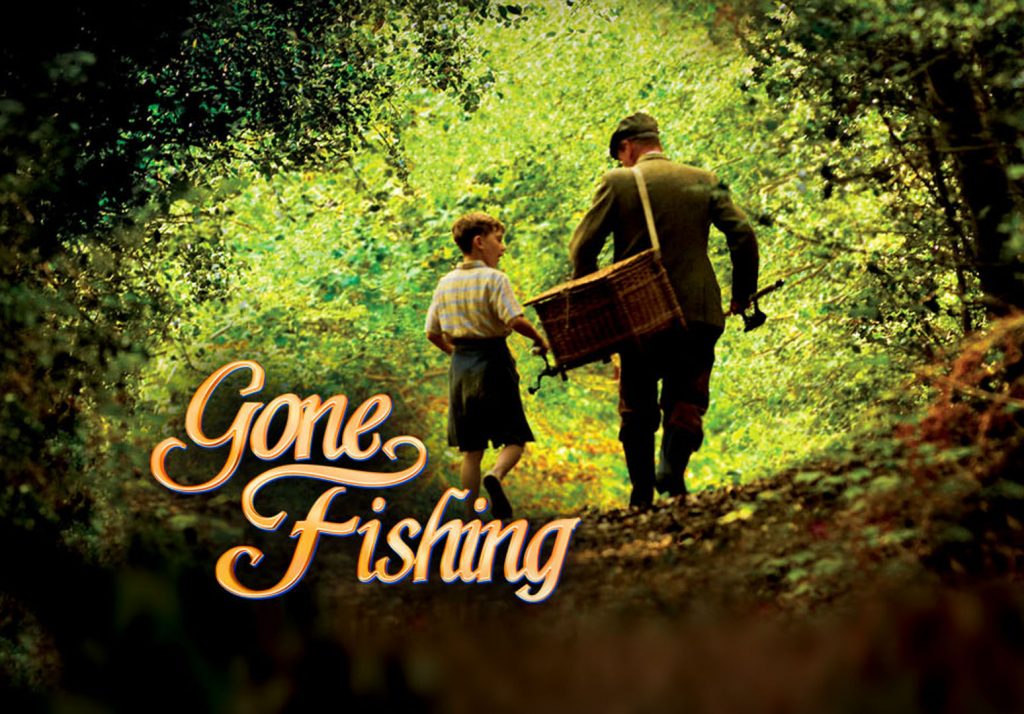 Gone Fishing Gone Fishing is the touching story of a boy and old man coming to terms with bereavement through their shared love of fishing, and the legend of Goliath, the biggest pike ever caught! Financed by 150 film makers, Gone Fishing is a short film directed by Guerilla Film Makers Handbook Author Chris Jones. […] 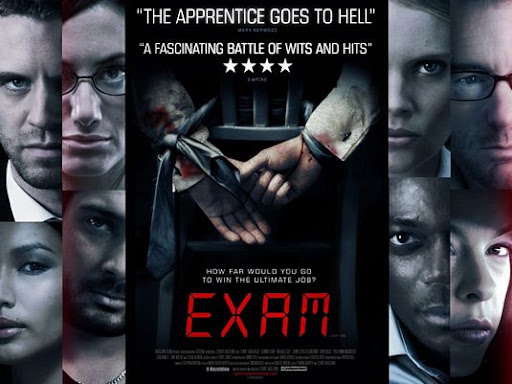 https://vimeo.com/197908865 ‘Exam’ is a high concept single location thriller, written and directed by Stuart Hazeldine. Chris Jones, from Living Spirit Pictures, acted as associate producer on the film, which has since sold to most territories worldwide and been remade several times. 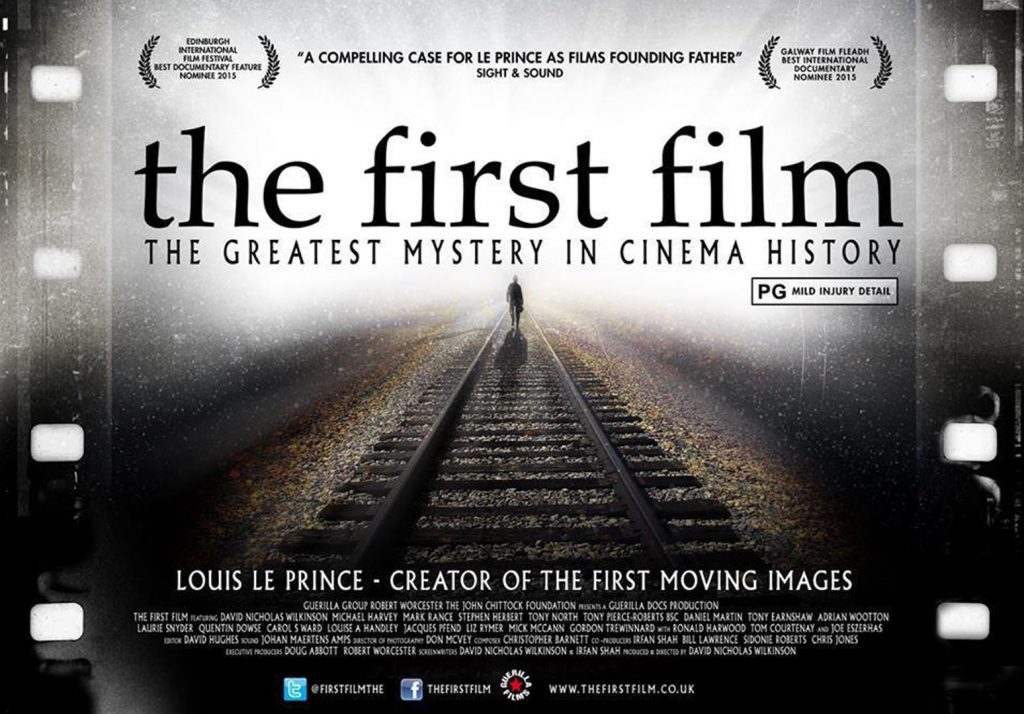 The First Film, feature length documentary The First Film, co-produced by Chris Jones of Living Spirit Pictures, explores the enduring mystery behind the inventor of film Louis Le Prince and his untimely disappearance. The film premiered at the Edinburgh Film Festival on June 2nd 2015 before a general release in UK cinemas. Reviews ‘The First […] 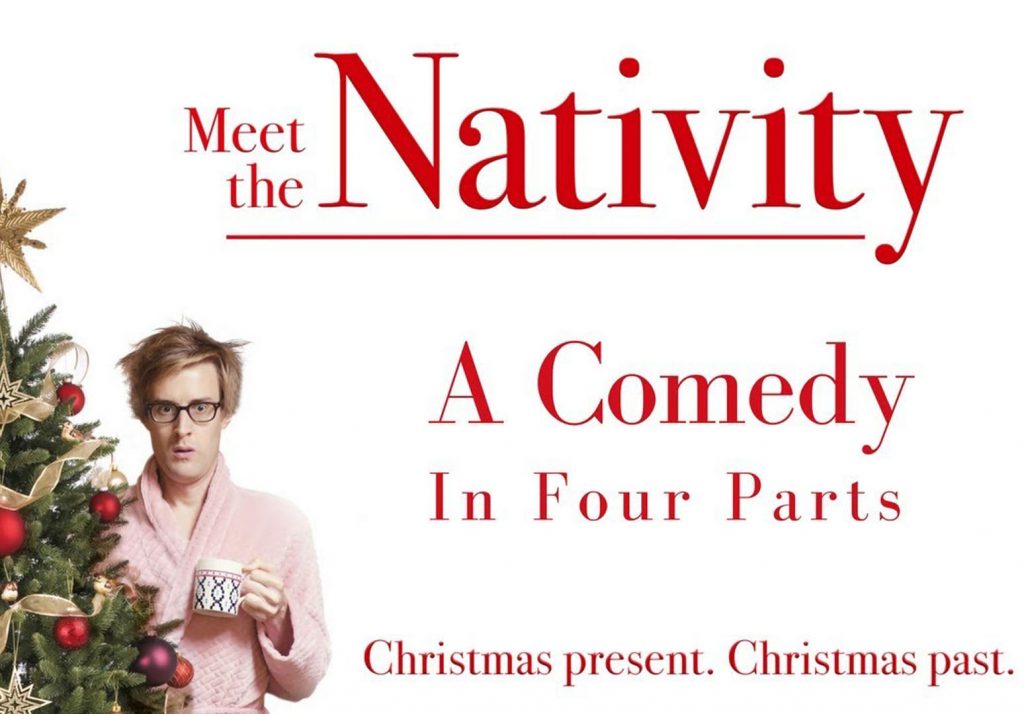 A four webisode romantic time travelling Christian comedy about Christmas. Winner of the 2018 Jerusalem Award for best film at BAFTA. 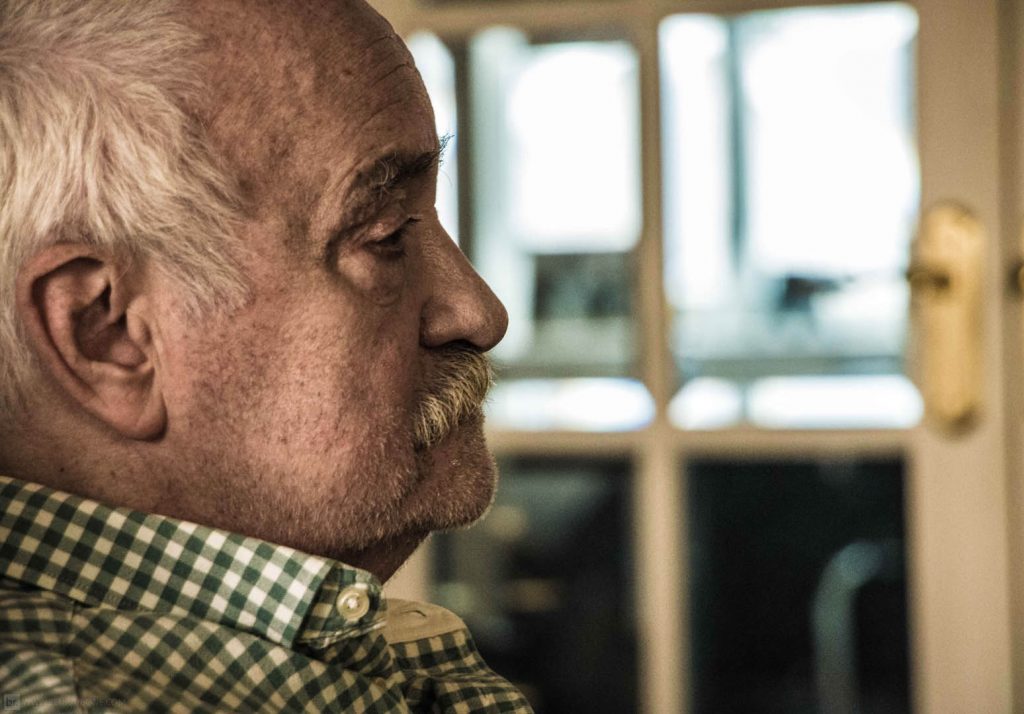 https://www.youtube.com/watch?v=PiBTPnbkNMU Produced for the Society of Physiotherapists as a Winter campaign to riase awareness around mobility during the colder months. ‘This Christmas, remind a loved one that it’s never too late to get stronger. To get started, try simple strength and balance exercises from physiotherapists. Visit www.csp.org.uk/nevertoolate for more information.’ 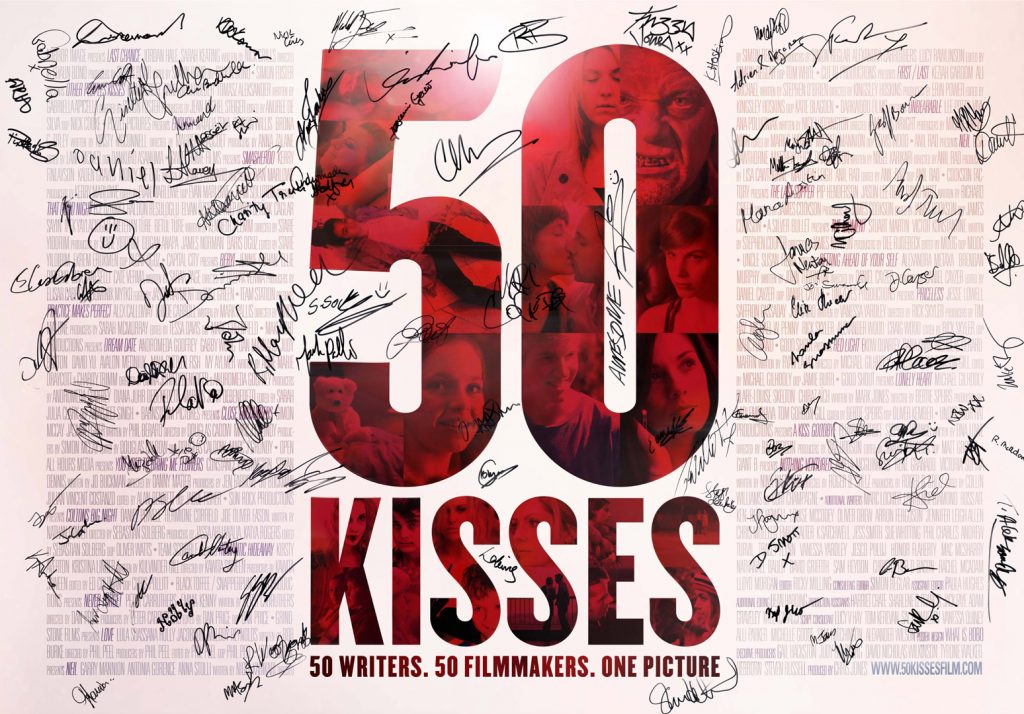 50 Kisses is a groundbreaking project that brought together new talent in a global collaboration with the sole aim of creating an extraordinary feature film. Official website at www.50kissesfilm.com

This website uses cookies to improve your experience while you navigate through the website. Out of these, the cookies that are categorized as necessary are stored on your browser as they are essential for the working of basic functionalities of the website. We also use third-party cookies that help us analyze and understand how you use this website. These cookies will be stored in your browser only with your consent. You also have the option to opt-out of these cookies. But opting out of some of these cookies may affect your browsing experience.
Necessary Always Enabled
Necessary cookies are absolutely essential for the website to function properly. These cookies ensure basic functionalities and security features of the website, anonymously.
Functional
Functional cookies help to perform certain functionalities like sharing the content of the website on social media platforms, collect feedbacks, and other third-party features.
Performance
Performance cookies are used to understand and analyze the key performance indexes of the website which helps in delivering a better user experience for the visitors.
Analytics
Analytical cookies are used to understand how visitors interact with the website. These cookies help provide information on metrics the number of visitors, bounce rate, traffic source, etc.
Advertisement
Advertisement cookies are used to provide visitors with relevant ads and marketing campaigns. These cookies track visitors across websites and collect information to provide customized ads.
Others
Other uncategorized cookies are those that are being analyzed and have not been classified into a category as yet.
SAVE & ACCEPT